Dysmenorrhea means painful menstruation (Menstrual Cramps) that may happen before, during and after menstruation. The pain is mainly in the lower abdomen area and can radiate to the lower back or legs. Headaches, nausea and vomiting may also be associated with dysmenorrhea, and it is one of the most common gynaecological complaints among adolescent females.

In general, there are two types of dysmenorrhea: Primary and Secondary. Western medicine believes the pain for Primary dysmenorrhea is caused by over-production of prostaglandins (PGs) and leukotrenes (LTs) within the endometrium after ovulation. PGs and LTs are inflammation modulators which cause myometrial contractions and vasoconstriction resulting in local tissue ischemia that is involved in cramps. Secondary dysmenorrhea is an association with an existing condition such as endometriosis.

Most people in the West would take dysmenorrhea to be a normal part of live of being a woman. From Traditional Chinese medicine (TCM) perspective, unless there are physical damages to the women's reproductive system, dysmenorrhea is caused by underlying inner body imbalances that can be easily corrected.

In TCM, specific details of the menstrual cycle such as days between the cycles, cycle duration, volume and appearance of flow are the surface phenomena. Traditional Chinese Medicine believes the underlying causes of menstrual disorders are from the inner body (dysfunction of the internal organs), the terms like spleen Qi deficiency, blood deficiency, liver Qi stagnation, disharmony of Qi, Blood and Body Fluids can all lead to painful menstrual cycles.

In addition, Traditional Chinese medicine believes dysmenorrhea can be caused by: 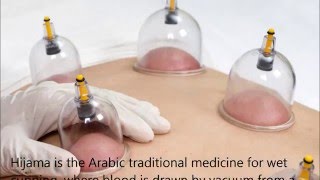